neta bomani is an abolitionist, learner and educator who is interested in parsing information and histories while making things by hand with human and non-human computers.

Fonts are Times and Courier, default serif and monospace fonts found on most computers.

Feel free to share any archival materials you find here as long as you properly attribute all the people cited & link back to this website.

Memory for a stateless person (M4SP)

On Dec. 12 and 13, I along with 12 other students in the Fall 2018 cohort at the School for Poetic Computation exhibited projects in our final showcase to reflect on what we learned during the program. Using resistors, arduino, python, processing.py and mixed media, I created a circuit titled “memory for a stateless person” (M4SP). 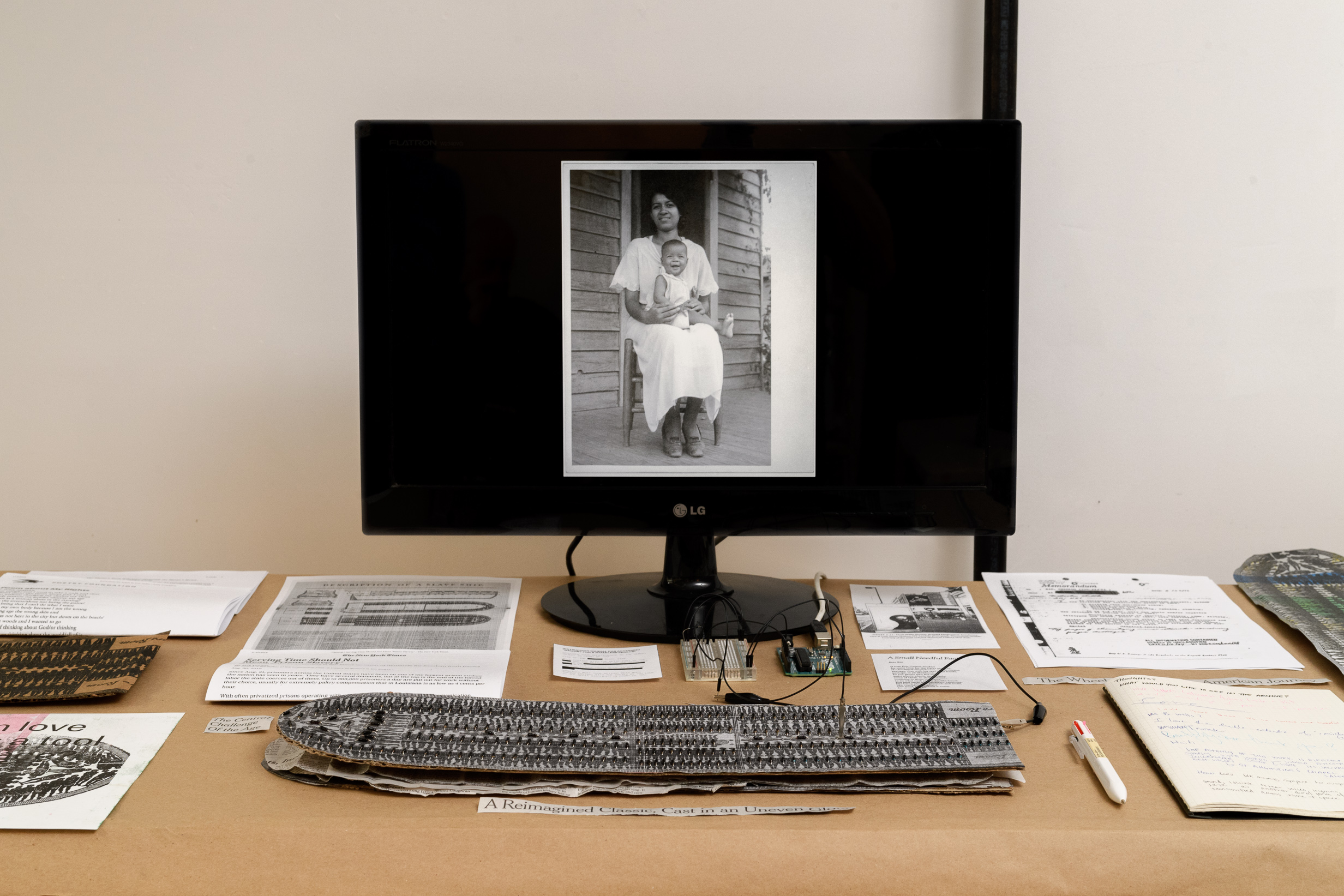 Published in 1788, the Brookes slave ship model was designed to stow a maximum of 454 slaves. By its second journey, the ship carried at least 744 black people across the middle passage. M4SP is an installation which interrogates the prototypical nature of dark matter objects, a term I made up in reference to the book Dark Matters by Simone Browne which served as one of the primary works cited. 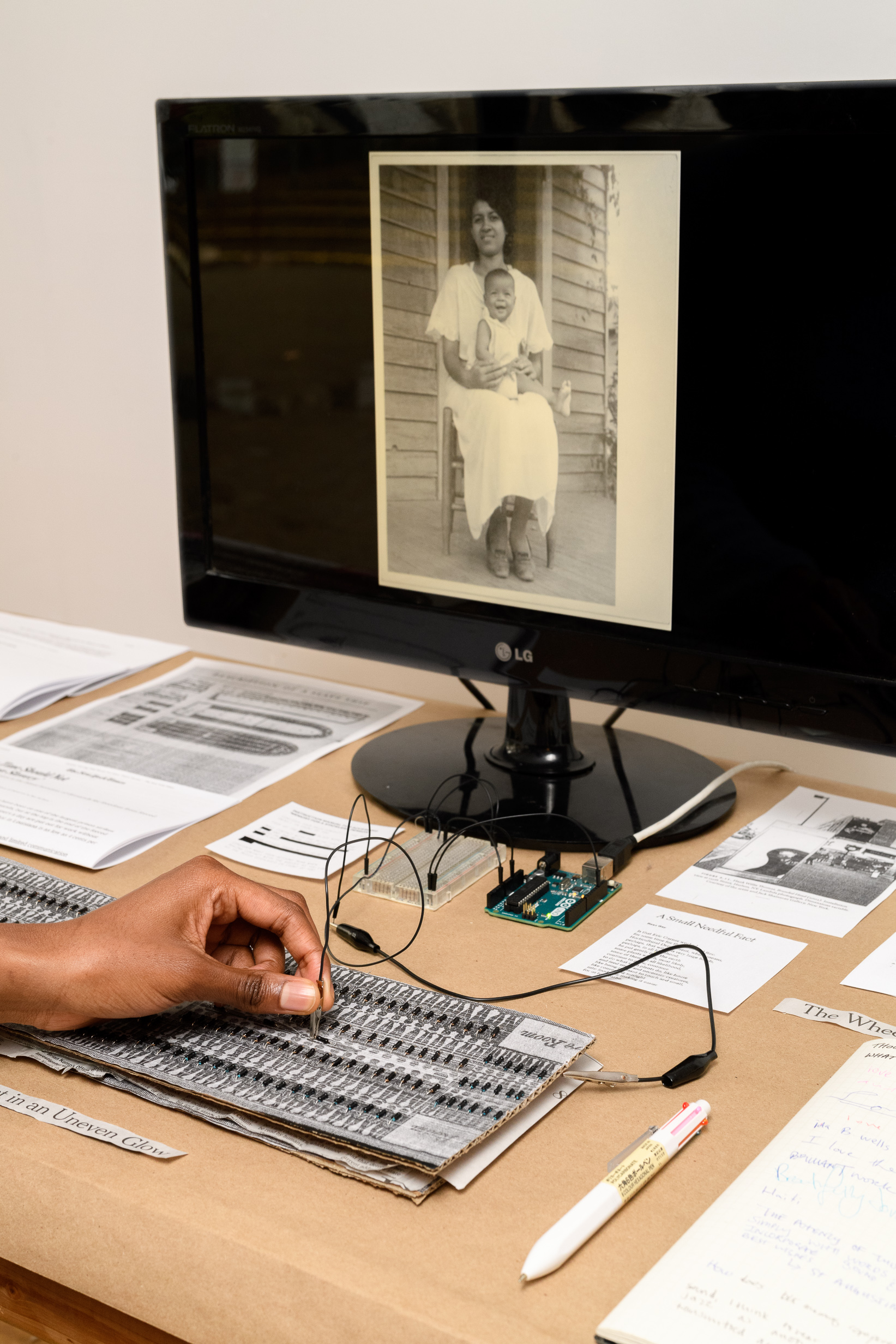 A black person’s hand interacts with the circuit. Photo via Filip Wolak.

In its first iteration, M4SP is a described in short as a dark matter object which holds memory. As an installation, M4SP is also circuit based off Brookes, comprised of 394 axial lead resistors to represent the black people on a single deck of the ship who were subjected to the atrocities including, but not limited to racialized surveillance and captivity. 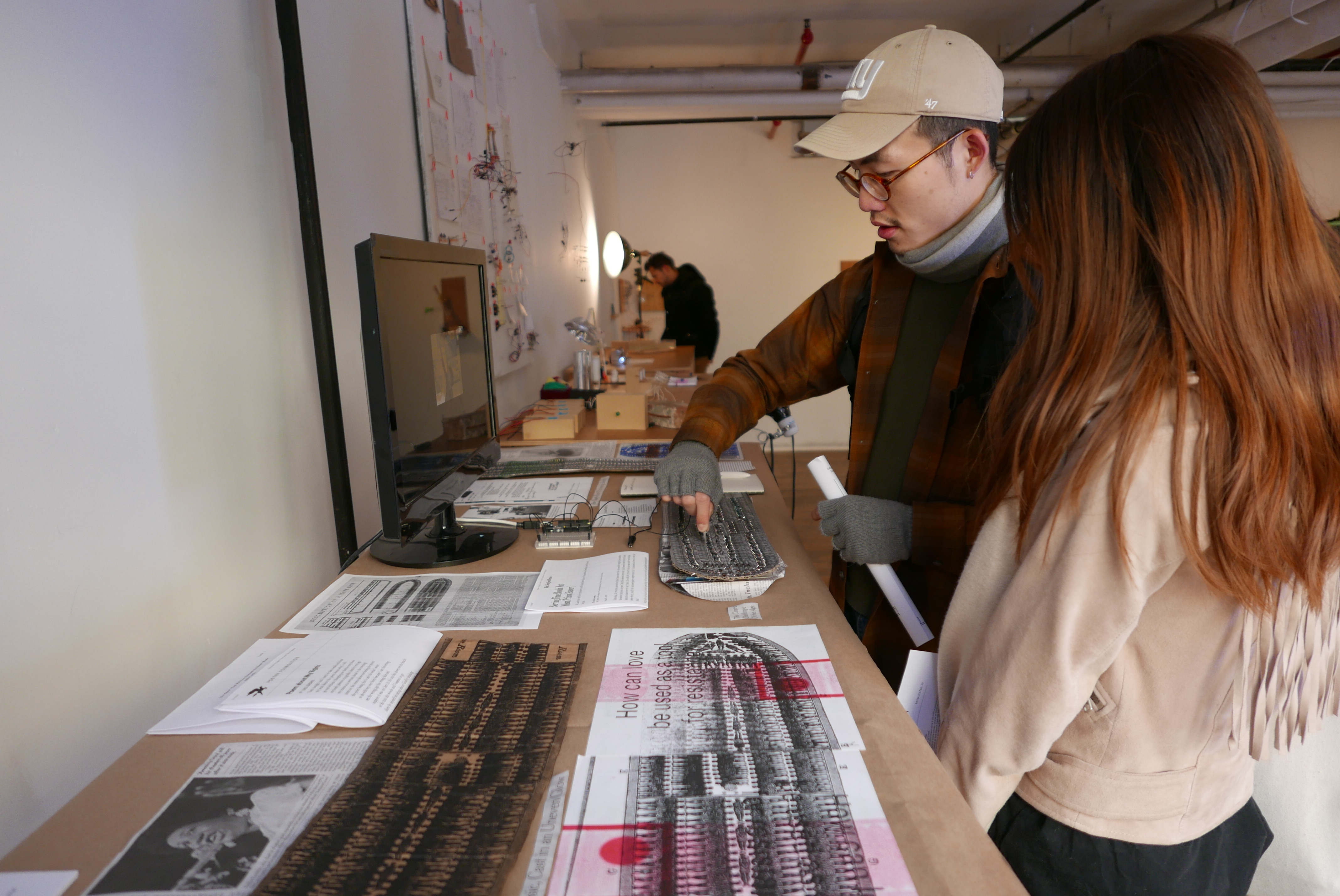 By touching a wire to the metal on the resistors, people interacting with the circuit can trigger a projection of archival media pertaining to the movement for Black lives scraped from the Library of Congress, the Internet Archive and a personally curated archive. 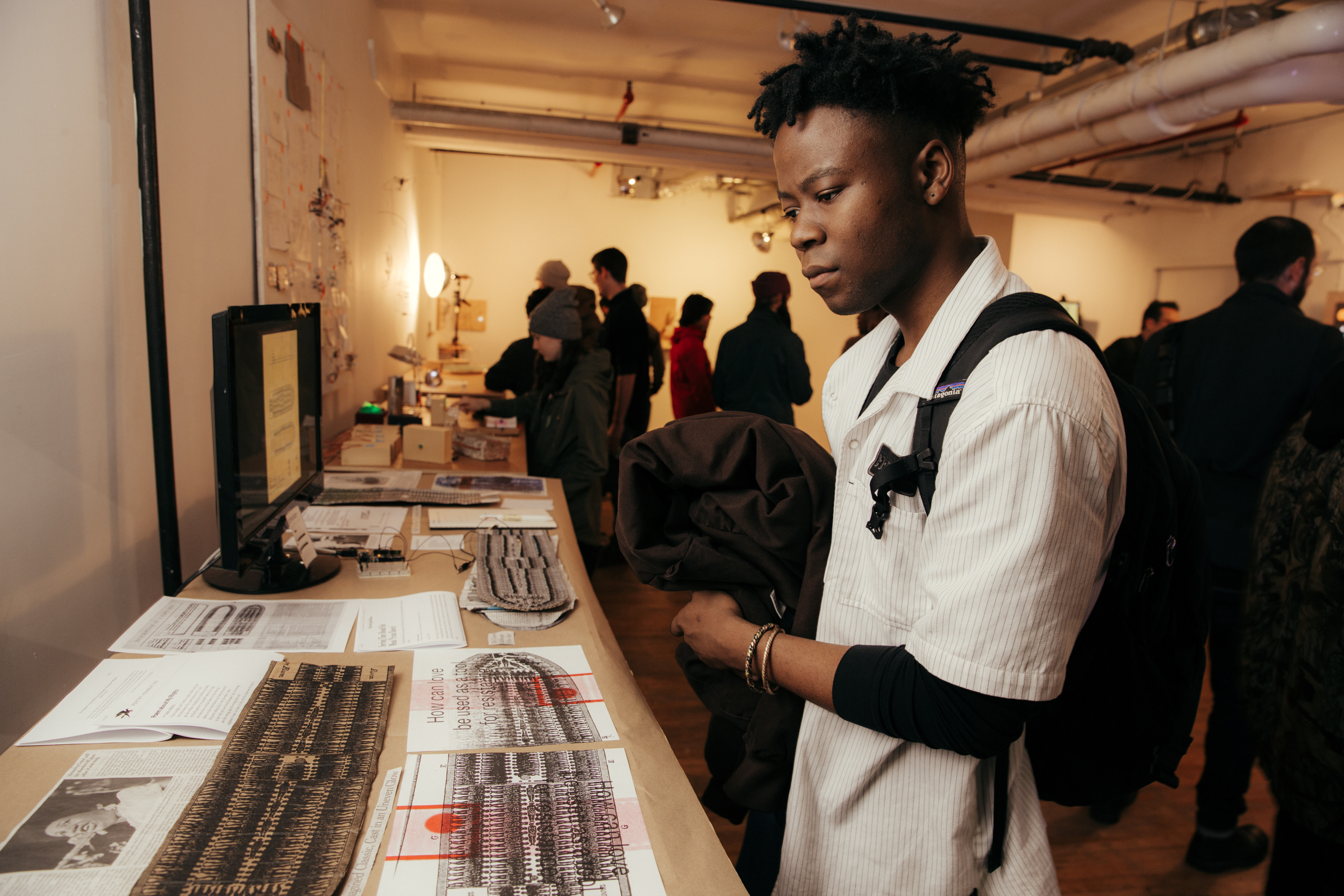 Memory for a stateless person exhibited at the Fall 2018 showcase at the School for Poetic Computation. Photo by Minü Han.

The work is currently still in progress.