neta bomani is an abolitionist, learner and educator who is interested in parsing information and histories while making things by hand with human and non-human computers.

Fonts are Times and Courier, default serif and monospace fonts found on most computers.

Feel free to share any archival materials you find here as long as you properly attribute all the people cited & link back to this website.

No Sleep No Breaks

Over the course of six months, I made a zine about gentrification in East Austin and No Sleep No Breaks (NSNB), a film directed by Fum Fum Ko. Alongside original design, photography and illustrations, the zine includes interviews with Ko along with artists Te’aunna Moore (aka Blakchyl) and Darrion Borders (aka Chiclopz), who star in the film. Both the interview and essay that follows explores what it means to continue the struggle for Black liberation through contemporary film within the context of environmental racism and displacement in Austin, Texas and beyond.

An animated gif of NSNB featuring a person holding the book as it animates from page to page. 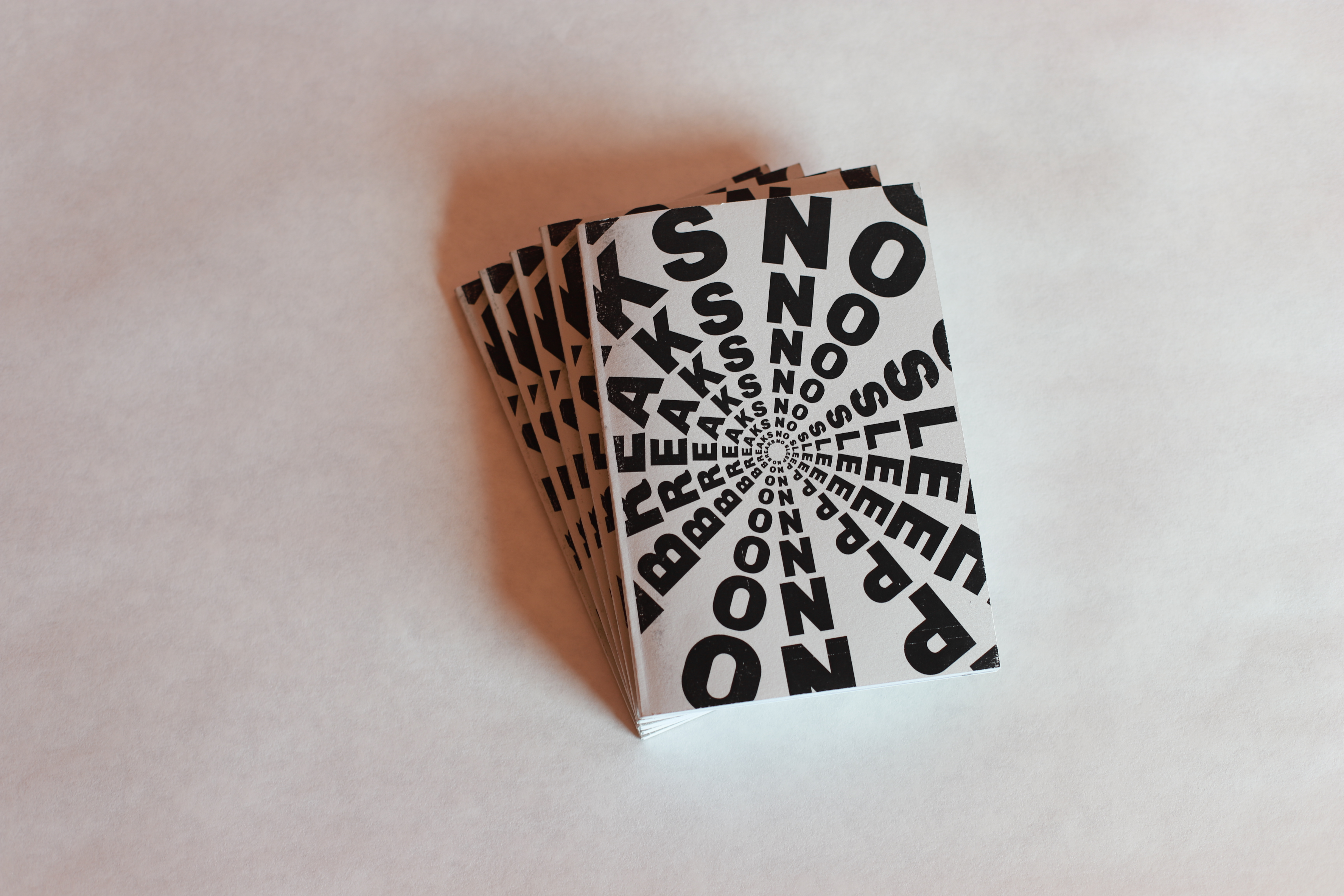 A small stack of zines. 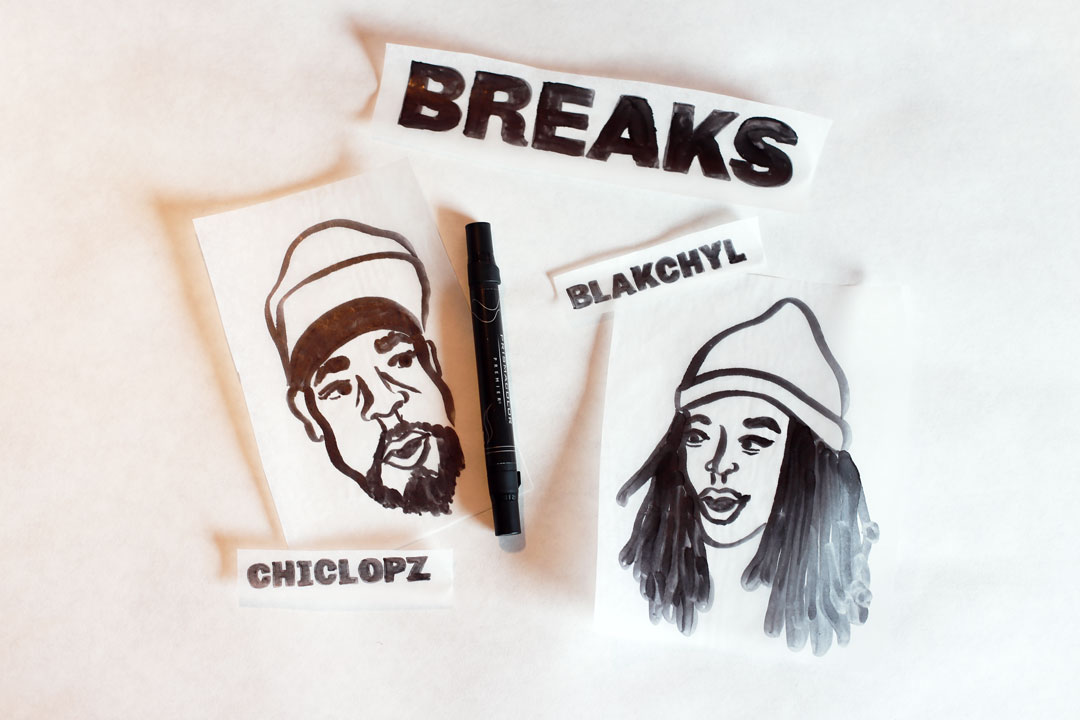 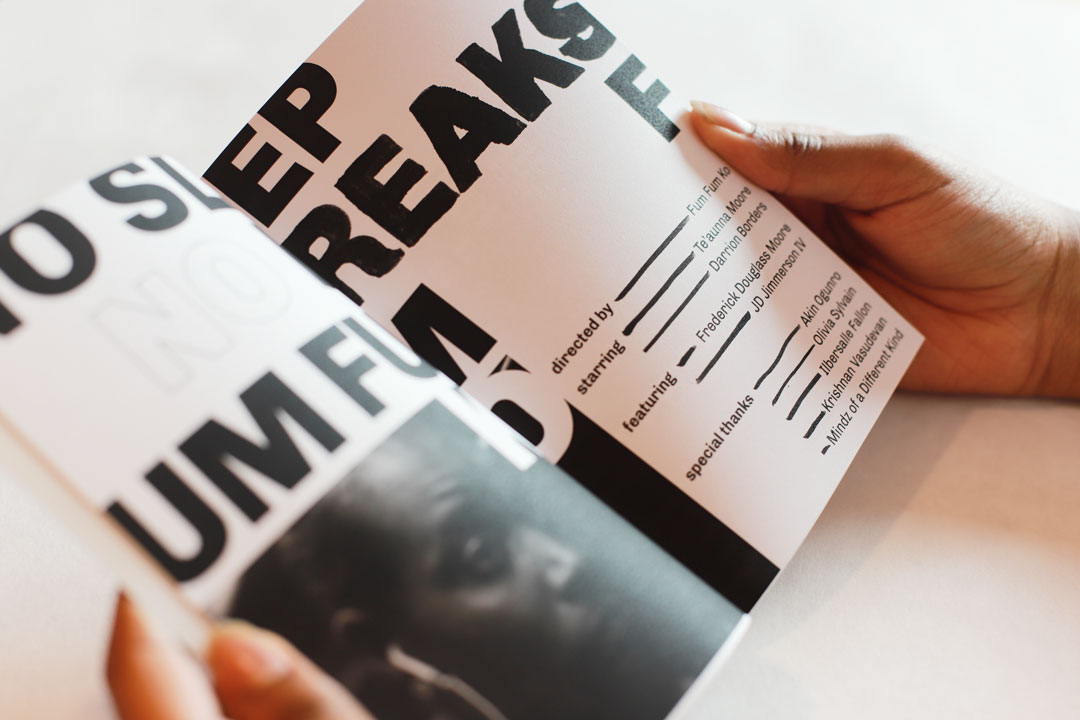 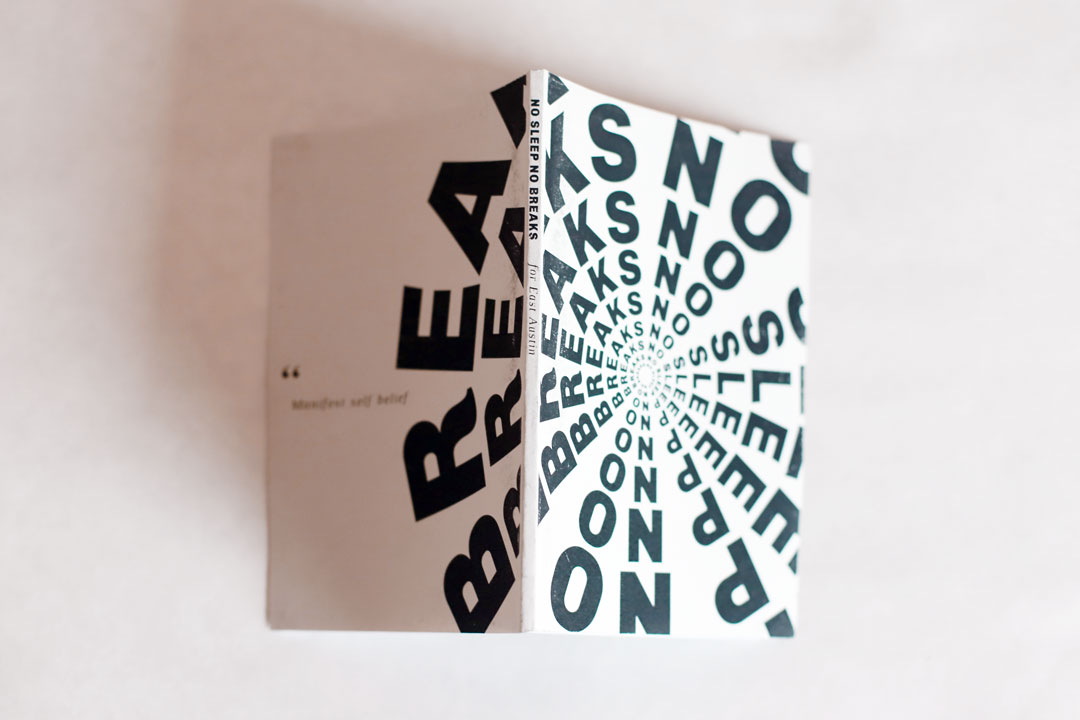 NSNB lying on its front with the spine, front and back cover exposed.

NSNB lives on within Austin Public Library’s collection, which started in 2014 and has since grown to include over 100 zines, according to the Austin Chronicle. 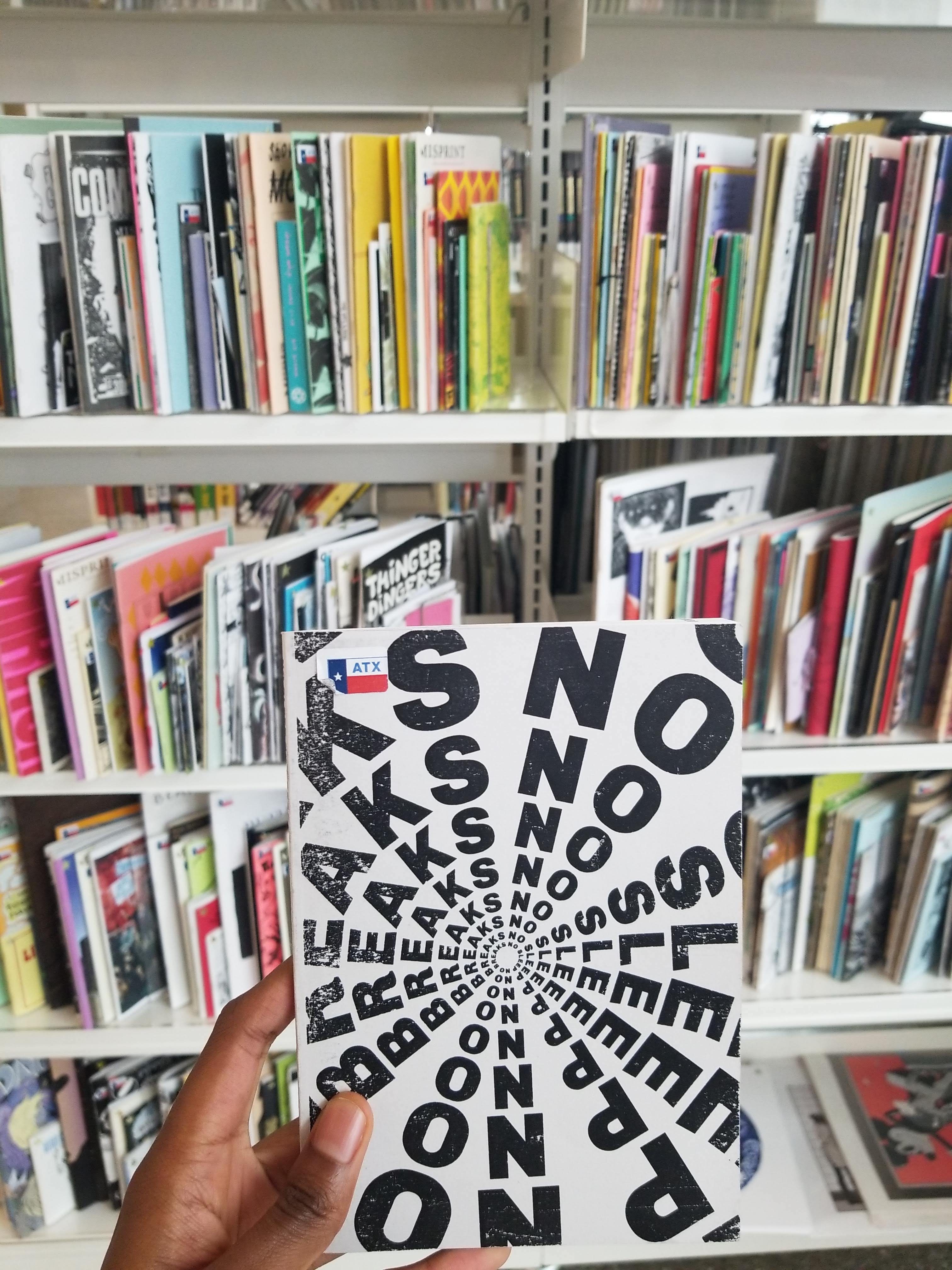 My hand holding a copy of NSNB at the Austin Public Library.